Information
Acknowledgements
Timeline
Supporting book
Get in contact
All text is licensed under the Creative Commons Attribution NonCommercial 3.0 New Zealand Licence.
Made by Luke Hoban
Pike River Mine

Because of its remoteness and the low price of coal, there was little interest in the Pike River coalfield for the next 30 years. The government-owned State Coal Mines held mining and prospecting leases over all the major coalfields except Pike River. In 1979, geologist Terry Bates and assistants explored the area. Six drill holes confirmed the presence of a large area of coal. The Pike River Coal Company was formed in 1982 to hold exploration rights; in 1988 the company was bought by New Zealand Oil and Gas Ltd.

When Paparoa National Park was created in 1987, the area of the Pike River coalfield was deliberately excluded from it. The permission of the Department of Conservation was, however, required for access and other activities outside the boundaries of the coalfield.

Over a 13-year period, the Pike River Coal Company undertook further exploration and acquired the necessary authorisations to develop a mine, including a mining permit, an access arrangement and resource consents. 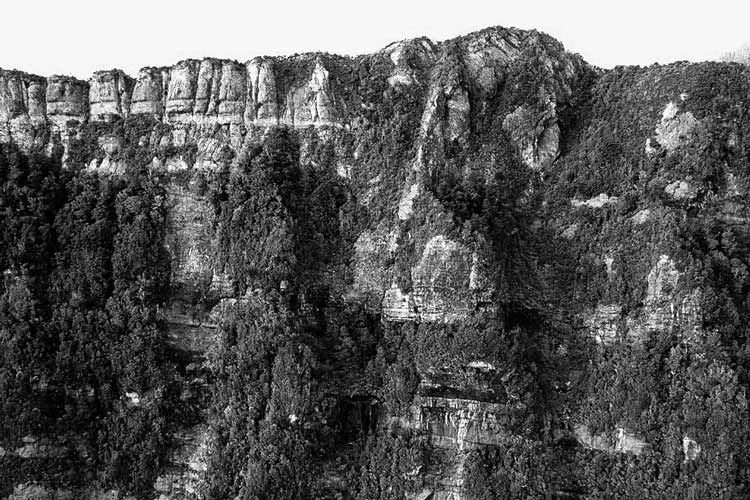 The Pike River Mine disaster was a coal mining accident that began on 19th of November 2010.

From the mid-1980s, there was a growing overseas market for West Coast coking coal, more than one million tonnes was exported in 1994, and more than double that in 2002. The high-quality coal commanded a good price because it was in demand for specialised metallurgical use. The board of New Zealand Oil and Gas decided that the time was right to open a mine. Initially they intended to develop the mine in partnership with an established mining company, but those they approached considered the venture too risky. So it was decided that the Pike River Coal Company undertake the mining venture.

At that stage no one in the company had expertise or experience in coal mining. Gordon Ward, the managing director, was an accountant and financier. Everything the company did had to be designed from scratch. Peter Whittall, a mining engineer with 24 years experience with Australian mining giant BHP, was appointed technical manager in 2005. Starting with an empty office in Greymouth, he had the task of creating a working mine. 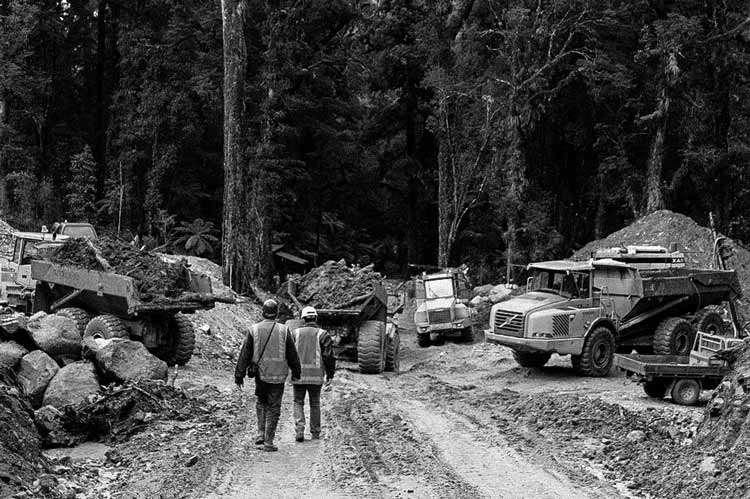 The company’s assumption it would be tunnelling through strong rock that would require little support proved to be a misguided judgement.

In July 2005, a joint report by Ward and Whittall to the board of Pike River Coal proposed a plan and development strategy for the mine.

Largely based on earlier consultants’ reports, this envisaged an ambitious project involving the construction of an access road across steep, bush covered hillsides to the mine entrance. From there a 2.3km tunnel would be driven uphill at an angle of approximately 5° through solid rock until it crossed the Hawera Fault and penetrated the coal seam. Only then could mine development and coal production begin. Targets were set for the completion of each phase; both road and tunnel would be completed by September 2006.

In practice, almost every phase of construction was dogged by delays and cost overruns. Most of the problems resulted from the failure of the company to undertake adequate geological and geotechnical investigations before starting work. New Zealand rock formations are often more deformed and broken than those in Australia, and the company seemed to be largely oblivious to the potential problems. 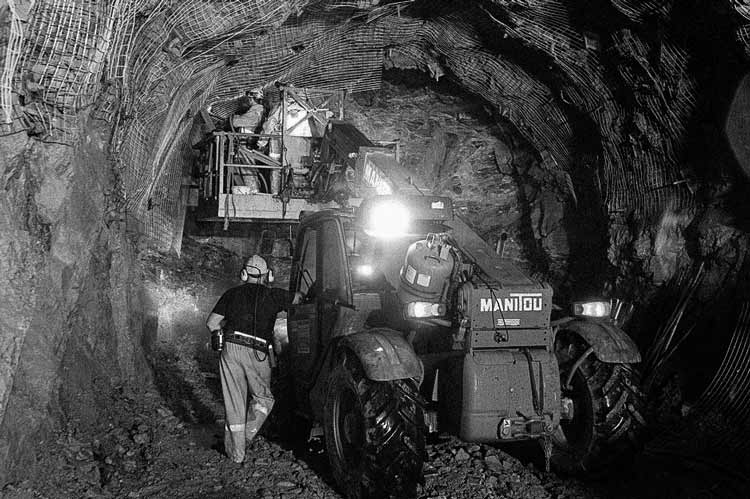 During the construction phase, it was often stated that Department of Conservation (DoC) requirements and restrictions resulted in extra costs and delays. Evidence to the Royal Commission, however, showed that DoC had agreed to every request made by the Pike mining company over the several years.

A major ventilation shaft was sunk close to the Hawera Fault in late 2008. Powered by a large fan, this was designed to extract methane-rich gas from the mine and draw in fresh air along the tunnel. Mining could not begin until the ventilation system was working. In February 2009, however, the bottom part of the shaft collapsed and filled with fallen rock. The company decided to abandon the collapsed section and construct a new bypass shaft.

The original plan was to install the ventilation fan at the top of the shaft. Because of operational difficulties, it was decided to re-site the fan within the mine at the bottom of the shaft. This was not normal industry practice as it made the ventilation system vulnerable to power failure, fire or explosion. 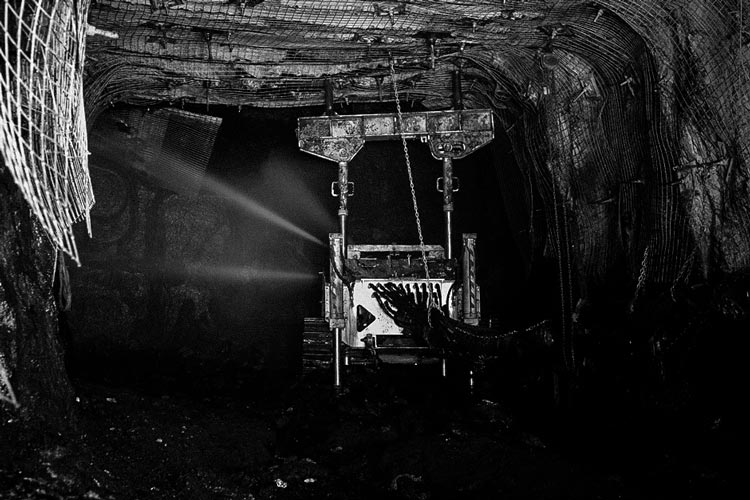 Although coal was being extracted from the Pike River mine from November 2010, it was still in start-up mode and behind schedule.

At the planning stage, it had been agreed that coal would be extracted by a combination of coal-cutting machinery and hydro-mining, a system that uses a high pressure water jet to carve out the coal seam and wash it downhill to storage facilities. Hydro-mining had been used effectively elsewhere on the West Coast, but did pose problems. In particular, collapse of the coal face could cause large and unpredictable methane in the mine.

The coal-cutting machines initially obtained for the mine kept breaking down in the rugged conditions. More worryingly, they also sparked small methane explosions when the cutting tool hit hard sandstone. 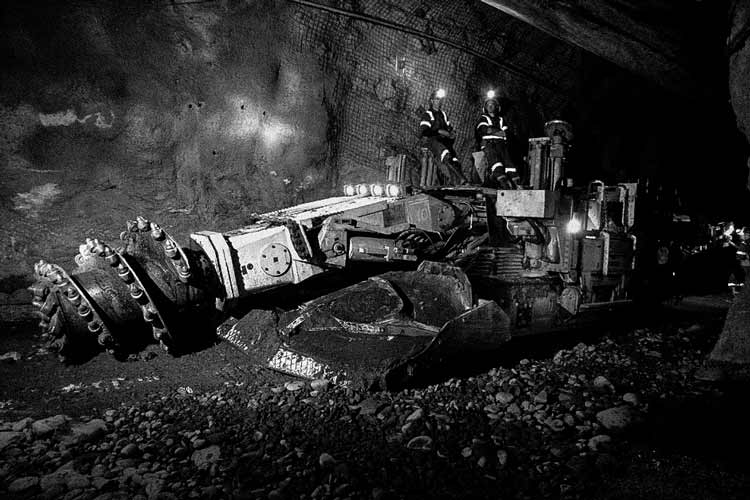 Many catastrophic mining accidents are preceded by situations in which warning signs are normalised, dismissed as intermittent or simply ignored. At Pike, however, a lot of safety information was not assessed at all. It simply remained unnoticed in the safety management system.

While the mine management was dealing with a range of problems, the methane hazard was largely overlooked.

From the time the tunnel penetrated coal there had been frequent alarms about methane levels and many small ignitions, but these warning signals were often not acted on because of the pressure to increase coal production. The planned methane detection system was never fully installed or calibrated.

At one stage the Inspector of Mines, employed by the Labour Department, considered closing down the mine until the methane and ventilation problems were sorted out, but the mine management convinced him that they had these issues under control.

Explosion at the mine 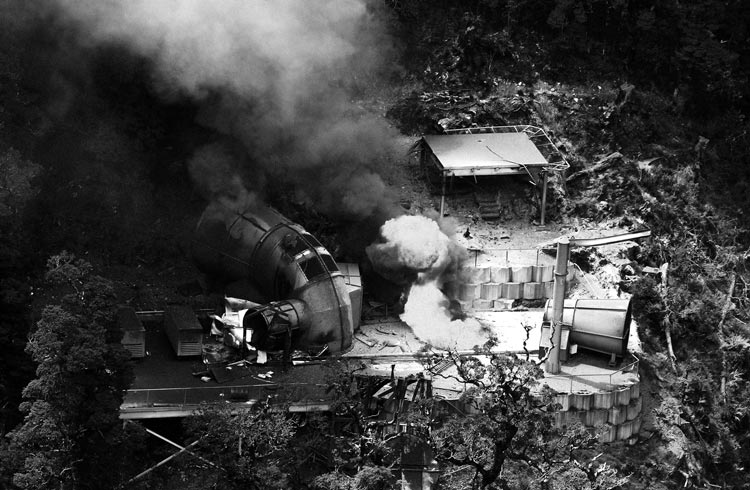 Soon after the explosion, a Royal Commission was established to examine the circumstances that had led to the tragedy.

On the afternoon of Friday 19 November, men employed by the Pike River mine were underground alongside employees of five different contracting companies. As on any workday, men entered and left the mine at different times. Chance played a big part in deciding the 31 men who were underground at 3.44 p.m. when an explosion disabled power and communication into the mine.

Daniel Rockhouse was refilling his loader in the tunnel when he was blown off his feet by the explosion. He soon lost consciousness. When he came to in the smoky atmosphere, Rockhouse groped his way down the tunnel in darkness. After about 300 m he found Russell Smith on the ground, and together they struggled to the mine entrance, with Rockhouse holding Smith up and grasping a rail for support with his free hand. Both were suffering from carbon monoxide poisoning, and they were the only survivors. The 29 men in the mine were either killed by the force of the explosion or suffocated by noxious gases.

CCTV footage showed a pressure wave and flying debris blasted out of the mine entrance. A subsequent inspection by helicopter found that the back-up fan at the top of the ventilation shaft was badly damaged and the surrounding vegetation charred. 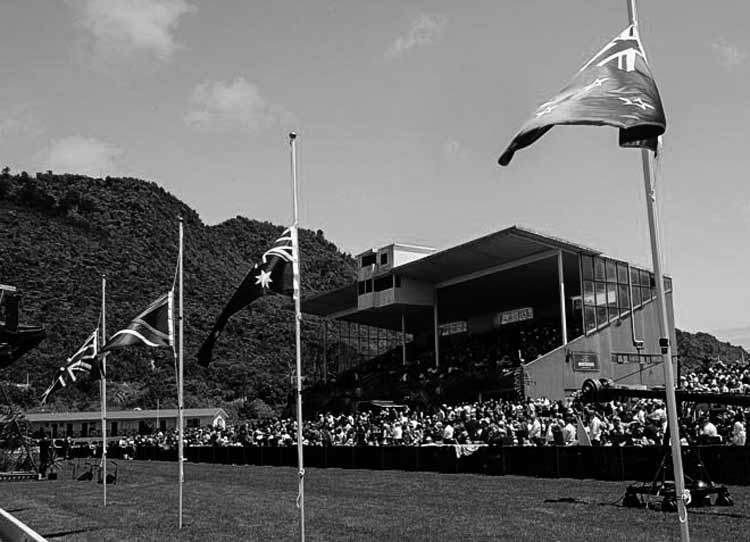 The report of the Royal Commission highlighted widespread, systemic problems in the mining industry.

Over the next three days, there was confusion about the possibility of re-entering the mine. The last major underground mine explosion, at Strongman mine, had occurred more than 40 years earlier and there was little experience of dealing with this type of incident. It was apparent to those with experience of coal mining that the men left in the mine could not have survived, but there was public pressure to attempt a re-entry. The highly publicised rescue of 33 men trapped underground in a Chilean copper mine a few months earlier raised false hopes that a rescue mission might be feasible.

Further explosions on 24, 26 and 28 November made it clear that it would be too dangerous to attempt re-entry, and the mine was subsequently sealed.

A public memorial service for the 29 men killed was held at Omoto racecourse, near Greymouth, on 2 December 2010. A permanent memorial, listing the names of the men killed, has been erected near the junction of Atarau Road and the road up to the mine and a memorial stone was unveiled in Greymouth on 19 November 2011.

In 2013, the Orpheus Choir of Wellington commissioned Dave Dobbyn to write a piece dedicated to the men who died in the disaster. In writing "This love", Dobbyn chose to focus on the love and memories of the families rather than evoke the events leading up to the disaster. A group representing the families of those killed in the 2010 explosion proposed that the Pike River mine site and surrounding area be added to the Paparoa National Park, with a designated Great Walk established between the mine and Punakaiki. This proposal was accepted and a three-year project to complete a Great Walk between Blackball and Punakaiki, with a side track to the mine, was announced by Environment Minister Nick Smith on 15 November 2015. 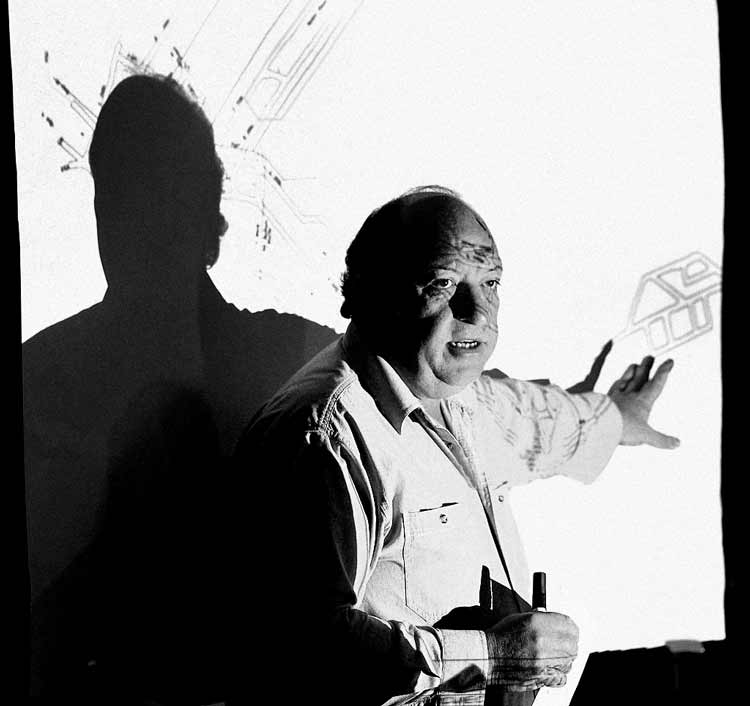 Image credit
CEO of Pike River Mine, Peter Whittall
Cause of the explosion
Written by

Simon Nathan - and sourced from NZHistory

Soon after the explosion, a Royal Commission was established to examine the circumstances that had led to the tragedy. In 2012, the Commission produced a comprehensive report that identified both the immediate cause of the explosion and the longer-term factors leading up to it.

The Commission’s report has a chilling similarity to the reports of enquiries into the previous eight coal mine explosions in which men were killed. In each case, the mine’s management had overlooked or played down the risk of a methane explosion.

There is little doubt that the first explosion on 19 November was caused by the ignition of a large volume of methane. The Brunner coal seam had long been known to be highly gassy, and there had been many small ignitions during 2009-2010. Managers under pressure to increase coal production in the face of a financial crisis had overlooked safety issues. With no access to the mine the precise location of the explosion remains uncertain, so the Commission was only able to suggest possibilities.

Explore the content
Learn about the disaster, or view the timeline of events
Information
Acknowledgements
Timeline
Supporting book
Get in contact
Ministry for Culture and Heritage
All text is licensed under the Creative Commons Attribution NonCommercial 3.0 – New Zealand Licence.

'The Pike River mine disaster', NZhistory (Ministry for Culture and Heritage)
Made by Luke Hoban